We’ve been fans of Isabelle since her turn in Ginger Snaps, one of the best horror films of the 00’s. This, however, may be her finest performance yet. I don’t know if the character she plays was written with Isabelle in mind, but I can’t imagine anyone else in the role. It feels almost as if Ginger, rather than getting bitten by a werewolf, grew up, formed a band, split from the band, got married, had a family, wrote a successful book, lost the family, became an alcoholic and moved to Ireland (not necessarily in that order). Her character here, Simone, now broods, suffers from writer’s block and drinks. A lot. Seriously, her shopping clinks, and seems to consist entirely of Pot Noodles and vodka. 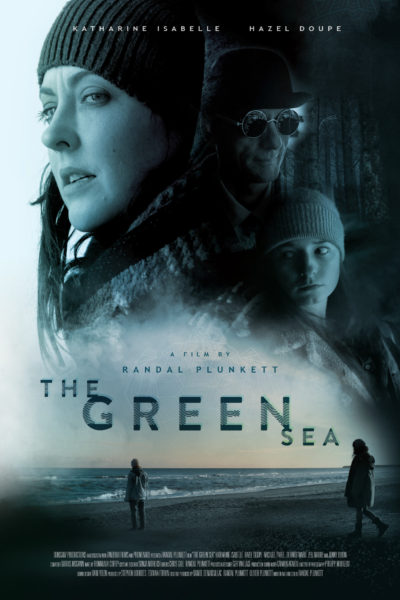 Driving home drunk one night, she almost mows down a teenage girl (Doupe), standing in the middle of the road. Feeling guilty, Simone takes the girl back to her house, and ends up feeling responsible, since the girl appears to have no other family. A runaway? Perhaps. But there are aspects – such as her apparent unfamiliarity with coffee and even Pot Noodles – which suggest something weirder is at play. The film decides to put that question on the back-burner, focusing for the first hour plus on Simone’s artistic and personal struggles. She’s not exactly a people person, as is clear when a local mechanic (Ward) bravely ventures past Simone’s spikiness and asks her on a date. It does not end well.

Isabelle is great. This is the kind of character it would be easy to dislike or despise, yet there’s a humanity at her core which keeps her sympathetic. While Simone isn’t someone you might want to be around, her complete refusal to give a damn is endearing, and you find yourself rooting for her to overcome life’s obstacles. It’s clear there is trauma in her past – the nature of which becomes clear at the end – which is a factor in her issues. Yet “the kid”, as she names her intermittently unwelcome guest, taps into that deep buried humanity, and it slowly begins to come through again. However, it’s not a one-way trip, with the cold hand of financial reality tossing a spanner into her redemption.

This alone would have made for an interesting story. Then there’s the final reel where… Well, at one point Simone says, “The fuck?”, about two seconds after we said much the same thing. There may have been a “What” involved on our end. It’s bound to provoke discussion as to meaning, and it’s a bit of a shame I can’t talk about it in detail here, for spoiler reasons. I have… thoughts. The frequent documentary shots of turtles hatching and returning to the sea may be significant. Or maybe not. It’s all perhaps too loose to be considered perfect, posing more questions than it answers. Yet the excellent performances just about keep it grounded, and there’s a hopeful aspect to the ending, which I found more uplifting than expected.