Upfront, if you enjoyed the Bourne series but found them a bit slow and light on action, as well as being overly encumbered by character development and story, then oh boy do I have a treat in store!

Six (yes really) is made an offer.  Become an ex-con and work for some super-secret group of shadows in the CIA, or, erm, well, stay in prison. 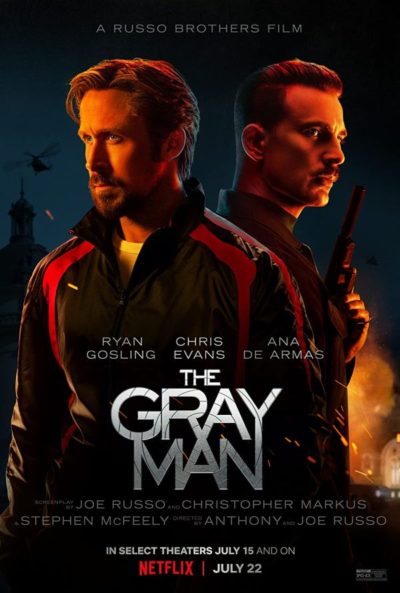 Ryan Gosling, sorry Reynolds… oh… no… my bad, it is Gosling, plays Six in a rather tired and flat manner.  The film has a decently low-key start with a very decently ‘explosive’ first action scene where it becomes rapidly apparent that dark and shadowy forces are at play in the agency, and that the dialogue is to be constructed mainly of short, clipped, codified conversations that rapidly become as tiresome as they are ambiguous.

The film for me at least has a good soundtrack, without wishing to age myself.  Eschewing the tedious cinematic-device called ‘plot’, as per JB, we then tour the world and, despite myself, initially I’m quite enjoying it because it’s well done, if super-alarmingly binary and facile at every step.

“Are you a forty-two regular?”  NB should Mr Gosling ever ask you this, just give him the damn jacket, it’ll save you the headache when you come round.

Lloyd Hansen (Evans) is the arch-nemesis and antagonist for which Evens richly deserves a pat on the back for playing the role with such an utterly idiotic level of joy.  His is the stand-out performance of the piece.

In all honesty I not really sure that I’d recommend this film.  It’s too much.  Too mono-tone.  And frankly the actions scenes become really very tiresome, and are stupid and seemingly endlessly deployed in lieu of story or acting.