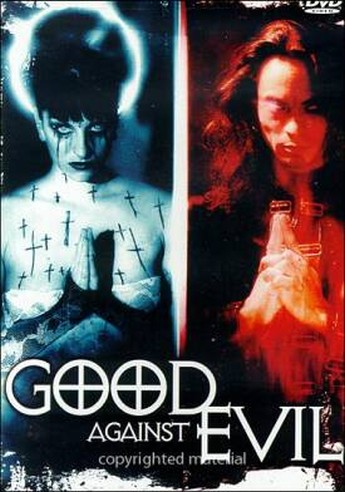 Written by Hammer stalwart Jimmy Sangster, this feels more like a pilot than a genuine, stand-alone TV-movie. It starts off playing like a sequel to Rosemary’s Baby, then kicks forward 20 years and becomes To The Devil A Daughter, which Hammer had made the previous year, even invoking the same demon, Astaroth. Jessica Gordon (Davalos) is being brought up to become Satan’s bride, but Lucifer wants the first shot at her, so when writer Andy Stuart (Rambo) starts dating her, the powers of darkness decide he must be removed. Then, a little over half-way through, the film heads for Exorcist territory, as Stuart goes to investigate the daughter of an old flame (Cattrall), who drew a pentangle while in a coma, and Gordon is all but forgotten.

The film more or less ends there, about 13 eps short of a satisfactory conclusion, and it has to be said, when it comes to getting rid of Stuart, the devil and his minions are pretty frickin’ incompetent. The big hint is the name of the main priest – Father Wheatley – and it has much the same Satanic pulp feel as the novel, though with the inevitable limitations on content imposed by the TV medium. The pauses for advert breaks are also particularly conspicuous, though the idea as a whole is not without potential. 1977 was, however, too late for The Exorcist bandwagon, and about two decades too early for the X-Files one. Now, it’s mostly remarkable for starring someone called “Rambo”, forever dating it as from a happy, innocent time before Stallone made that particular surname untenable.