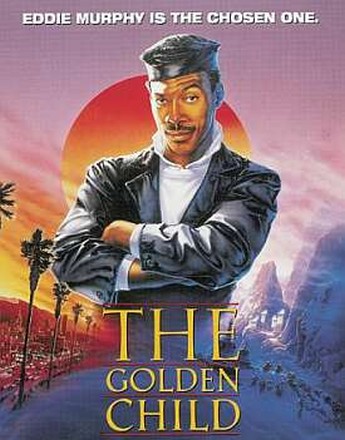 This harkens back, rather delightfully, to the time when Eddie Murphy’s presence in a movie was not the loud warning siren it is now. Here, he’s wisecracking private detective Chandler (not much of a stretch, I grant you) who gets embroiled in the hunt for a sacred, near-divine kid whose death would lead to hell on Earth, courtesy of Sardo (Dance, with a very bad wig). This search takes him from Los Angeles to Nepal and back again, though neither location work nor effects are really convincing in their roles. In particular, the final confrontation might have worked for less clued audiences in 1986. Nowadays, it’s only tolerable on a 14″ TV from a third-gen VHS tape; off DVD and onto a large screen…dear me, no.

They aren’t really the point here, however. This is a typically Murphy-esque showcase, and the best moments usually involve his disbelief at what’s happening to him. For example, there’s a beautifully surreal dream sequence, or the moment when Fole…er, Chandler simply disbelieves the bottomless chasm at his feet. While the persona on view is still largely the same as he’s churned out ever since, it seems a great deal less forced than it has become, and the supporting cast, from deadpan “Nepalese” Lewis to foul-mouthed guru Wong, are excellent. It does leave me with a strange yearning to see Big Trouble in Little China, however. Unsure whether that’s a good thing or not…