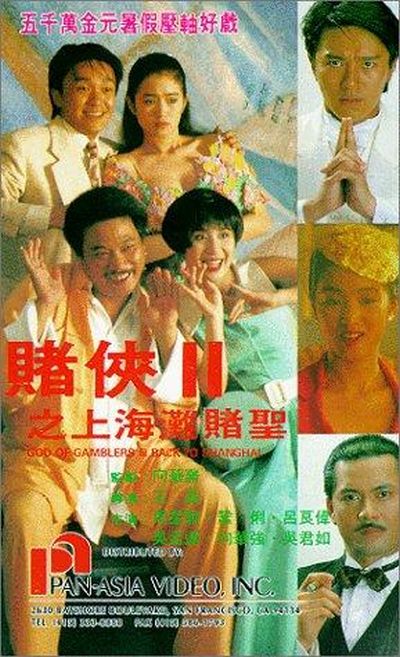 Barely related to the Chow Yun Fat classic, Stephen Chow is the ‘Saint of Gamblers’, who gets sucked back in time when his paranormal powers clash with those of the villains. Though this takes a while to get going, it’s a great set-up, with little quirks like his mobile phone not just working in 1937, but letting him call people in the 90’s for advice as he battles gangsters and strives to win the heart of a fair lady – or failing that, her mentally retarded twin sister… [Both played by, of all people, Gong Li, better known for art-house stuff like Raise the Red Lantern. Hell, this is a Stephen Chow film!] The sheer volume of good humour on display means this is certainly more enjoyable than Chow Yun Fat’s half-baked sequel, though it may fall short of the original film. Supreme moment: Chow hides a venomous snake by wearing it as a cool leather tie.