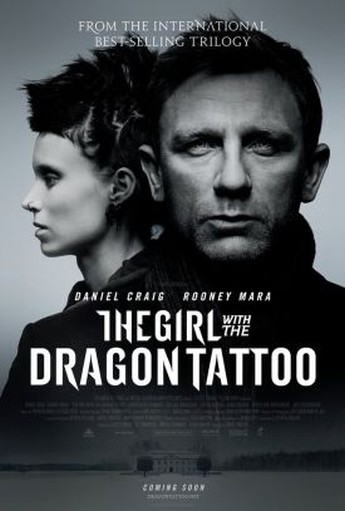 From what I recall, this is very, very similar in terms of plot to the Swedish version, made a couple of years ago: disgraced journalist Mikael Blomkvist (Craig) gets a chance at redemption, investigating the decades-old disappearance of a member of one of Sweden’s wealthiest families, at the behest of elderly patriarch, Henrik Vanger (Plummer). Doing so brings him into contact with Lisbeth Salander (Mara), a psychologically damaged but highly-talented researcher originally hired by the Vanger’s to get a pre-employment dossier on Bloomquist, whose mad skills offer whole new avenues of investigating a case that’s less cold, than deep-frozen. Shame she has to deal with a really creepy court-appointed guardian, who will only hand over her allowance in exchange for sexual favors. However, as progress is made, it becomes clear that not everyone is as keen as Henrik on the truth being uncovered.

This likely counts as an entirely pointless rema…oh, hang on – it’s allegedly not a remake, it’s a “re-adaptation” of the original novel. Still, it seems enough like a remake, to the extent that you’d be as well-off watching a dubbed copy of the originals, given this is a Sweden where Swedes speaks English, being played by people born in Cheshire and New York state. It probably would be a good deal better if you hadn’t seen those; not sure how either compares to the book, still lurking in the unread pile. Part of the problem here is the familiarity of Craig as Bond: you keep expect him to break out the 007 moves, but Blomkvist is…well, a bit crap, to be honest, and it’s only when Salander joins the investigation that real success is found. Their relationship is similarly cautious, and Fincher is certainly a good choice to depict the gradual defrosting that occurs, against the chilly backdrop of Northern Sweden, but there’s hardly anything here which seems novel (except the ending, which does diverge), or justifies its existence as other than a shallow grab for the box-office.