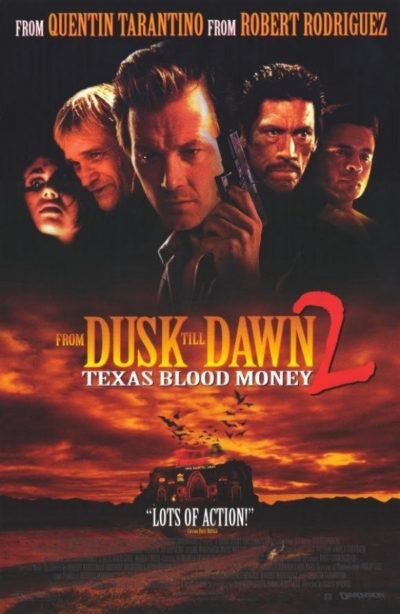 [22] The first film has George Clooney; this one has Robert ‘T2’ Patrick. And that sums up the problem here; compared to the first film and its playful maliciousness, this comes up short in most directions. Patrick is part of a bank-robbing gang down Mexico way, who finds his colleagues turning vampirical after an encounter with Danny Trejo – about the only person to return from the original. Spiegel certainly doesn’t stint on the action, but it seems a steadily more desperate attempt to keep the audience interested, since the plot and characters fail to do so. Cameos by Bruce Campbell and Tiffany-Amber Thiessen engage excitement in the first five minutes; however, from the moment you realise that’s just a film-within-the-film, it’s downhill all the way.