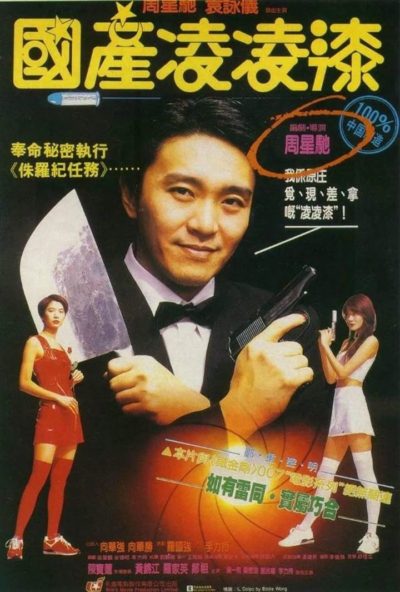 [22] Never mind Austin Powers, this is the Bond spoof to end them all, with Chow coming out of ‘retirement’ as a butcher, to safeguard China’s national riches. From an inspired parody of Bond credits (not for the last time – ‘Forbidden City Cop’ does the same thing), it’s a blizzard of gags, the best revolving around gadgets such as the shoe which cunningly conceals…a hairdryer. Chow is perfect as the deadpan ex-agent, while Anita Yuen covers both good-girl and bad-girl bases.