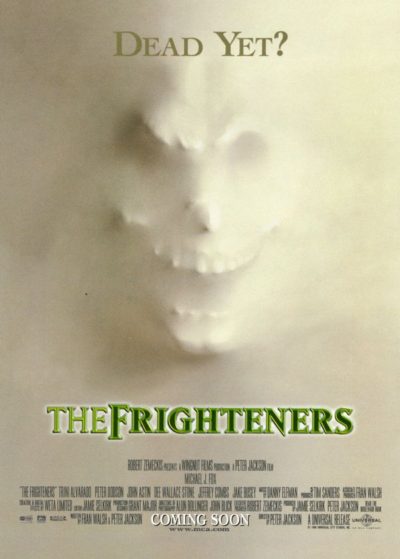 [20] Meatier than your average Hollywood FX-fest i.e. it actually has a plot, yet something of a disappointment as Peter Jackson movies go. Reminiscent of Mr. Vampire 3 (exorcist teams up with ghosts to make money, only to find himself facing a seriously peeved spectre), it lacks the strong, memorable characters which made his other films such classics. Michael J. Fox is almost forgettable as the exorcist and the superfluous heroine is severely underwritten; only Jeffrey Combs saves the day on the acting front, playing an utterly mad FBI agent. The effects work well and the New Zealand locations are excellent, but it has a mildness (’15’ rating!) that’s a bit worrying, even if there have been far worse Hollywood debuts. Note: it’s his third consecutive film with a domineering mother. Tell us more about your childhood, Mr. Jackson…