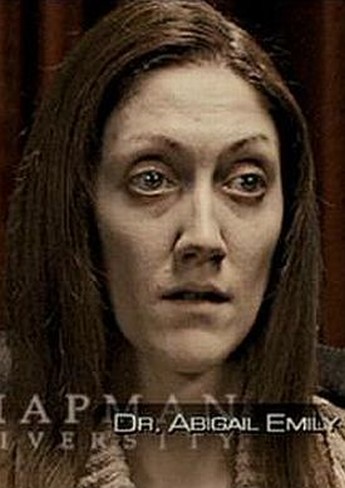 If you’re going to go for the false-documentary approach, I think you really need to go full-bore into it. Here, we get an uneasy mix of supposedly “real” footage of hypnotic regression sessions, and re-creations of the same, with Milla Jovovich playing Alaskan psychiatrist Dr. Abigail Tyler. She finds a lot of people in her Nome practice are having the same nightmares: her first regression is followed by the subject shooting his family and then committing suicide, apparently a reaction to what he found out was happening to him.

A second session goes little better. Then, an audio tape in Tyler’s bedroom captures mysterious, non-human voices speaking what turns out to be Sumerian, and Tyler decides that the only thing she can do is undergo hypnotic regression herself, to find out what’s going on. And after she does, and her daughter is apparently abducted in the middle of the night, she has to convince the police that extra-terrestrials were to blame, for the title refers to close encounters of the fourth kind – abductions.

Despite a po-faced opening in which Jovovich the actress tries to convince us that what we are about to see is real, it never quite works. The present of people we know, like her and Koteas, largely takes us out of the moment – if you’re going the mock-umentary route, you need a better reason for them to be there (see The Loch Ness Incident, which pulled this off magnificently). What is more effective is the “raw” footage of the “real” Dr. Tyler, played by Milchard, which certainly has plenty of creepy moments.

In the film’s defense, we were aware of its fictitious nature going in: our daughter and her boyfriend were not, and were rather more freaked-out. But, if you’ve read this far, you are presumably as aware – and the film’s insistence on relentlessly breaking the fourth wall, reminding us of the dramatizations, makes it almost impossible to suspend disbelief consistently. The vague feeling of dissatisfaction which results, and of being lied to, was enough to defuse most of the tension this generated, though it remains one of the more interesting and original failures to come out of Hollywood lately.