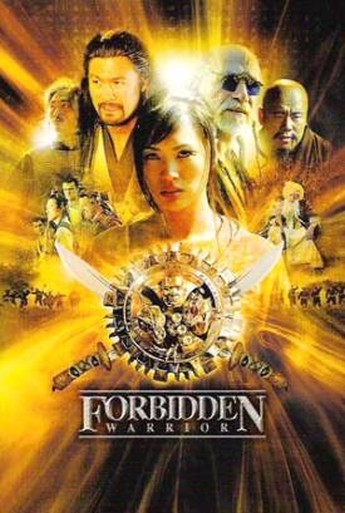 The first in a scheduled trilogy, this tells the story of a a young girl, Seki (Matiko), who is destined, in the standby of all such cinema, to fulfill a prophecy. [Blah book blah blah translate blah great power. Now read on.] Realising this puts her in grave danger, her parents send her off to a foster parent, who – inevitably – is a Yoda-like blind master (Amendola), whose lines appear to be constructed entirely out of fortune cookies. Meanwhile, evil warlord Khan sees the prophecy poses a threat to him, and sends his two sons (Yang and Yune) out in search of the Chosen One – yes, that’s what she’s called. When they (and a very small pirate gang) end up knocking on Seki’s door, matters come to a head. Though given the whole “scheduled trilogy” thing, obviously not a conclusion.

It’s…okay. I’d not actively avoid any subsequent entries in the series; I just hope they’re more action-packed than this one: there’s only about three fights, none particularly noteworthy, though I’m probably spoiled after watching HK action for the last fifteen years. Matiko is solid in the lead role, but it’s kinda weird seeing a large number of Caucasian actors in what’s obviously supposed to be an Asian setting. The film looks good, and the soundtrack is excellent, with a sweeping, epic quality that definitely elevates things. The main problem is a script that squeezes an entire feature out of what should take 30 minutes, tops. Compare, say, The Matrix, which was a good film first, and the opening of a trilogy, second. As a result, I don’t think Warriors will provoke sufficient interest for any sequels. A TV series? Now that might work…