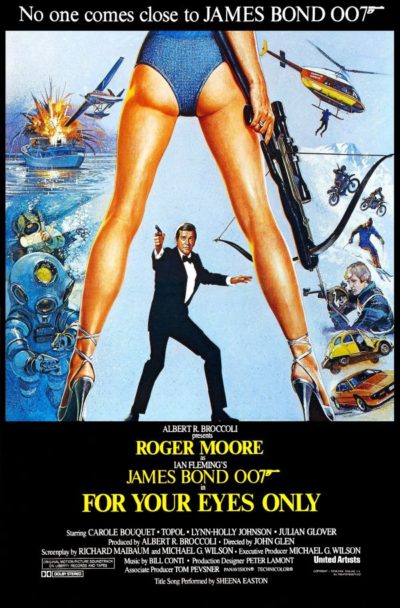 [22] A new director, former editor Glen, breathes much needed new life into the series, with Moore clearly enjoying himself in the role, more restraint on the comedy, and the best collection of car-chases in any Bond movie. The task is to recover a device from a sunken spy-ship before the Russian get it, which brings Bond alongside Greek smuggler Topol. The subplot involving a war against another bunch of gangsters may be safely ignored and, while the underwater stuff does slow down the movie notably, Michael Gothard (the Inquisitor from ‘The Devils’) is a worthy villain and the finale relies on a refreshing amount of stealth and guile, rather than the traditional stand-by, the enormous gun-battle. Add in Janet Brown and John Wells as Maggie T and Dennis, and you’ve got a good return to form.