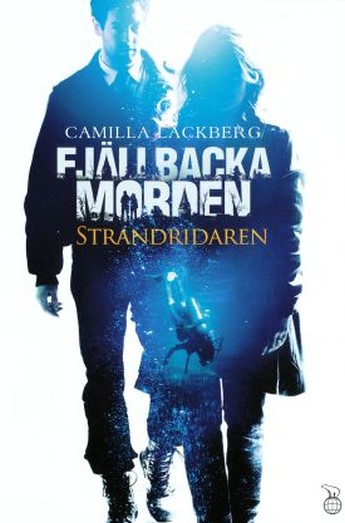 For some reason, this entry in the Scandicrime reminded me particularly of Broadchurch – probably because we’re also watching the US remake, Gracepoint, though it also shares a seaside setting, and has a cop whose health and self-doubts are affecting his performance. Here, however, the latter is more of an aside: the focus is the deaths of two French divers, in what’s initially ruled an accident. However, Coastguard member Jessica (Lazcano) doesn’t agree with the assessment and brings her doubts to Patrick (Richard Ulfsäter). He and crime writer wife Erica (Galli) are about to head off for the weekend, but since the place which rented the divers their equipment is on the way, they pop in for a chat with business owner, Liv (Englund). Before they can leave, however, the firm’s accountant turns up with his throat cut, and the hunt is on. Liv’s brother has some murky ties to crime, but there’s also a missing antique chart, with a curse dating back to a 17th-century miscarriage of justice, involving the titular “strandridaren” – “beach riders,” an early version of the Coastguard.

Much like the preceding entries, this is a pleasing combination of scenery, detective work and Fair Isle sweaters (seriously, even the toddlers wear them), with a nod to history. The last is not quite as effective here as in Ljusets drottning, because you’re talking about events that happened several hundred years ago rather than, as there, which had a direct impact on the modern era. What this entry does well, is fill in some of the background characters nicely, e.g. Patrick’s boss, Mellberg. who is the veteran cop mentioned earlier, or even Paula, who works in the police station. This helps round out the narrative and makes Fjällbacka feel more like a real community, rather than one populated entirely by Patrick and Erica. The solution to the mystery is satisfactory rather than overwhelming, but it’s another decent entry in a series for which I’m developing a sneaking fondness.