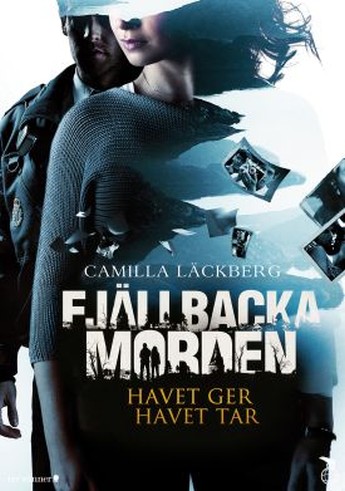 In the wake of things like Dragon Tattoo and Forbrydelsen, you get the sense television in the area has been turned over full-time to churning out Scandi-crime. This entry is based on a work by Camilla Läckberg, whose crime novels have sold more in her native Sweden than Stieg Larsson. Most of them are set in her hometown of Fjällllbacka – hence the title, which translates as Fjällllbacka Murders, with the subtitle meaning “the sea giveth, the sea taketh away”. A non-serious survey a while ago named Cabot Cove, the home town for the Murder She Wrote series, as the most dangerous fictional town, with a homicide rate about 50% higher than the worst country in the world (Honduras, in case you were wondering). But one senses Fjällbacka, population under a thousand, might give it a run. This case kicks off when a long-term resident, the local photographer, is Bob Crane’d to death i.e. bludgeoned with a camera tripod by writer Erica Falck (Concha). Her boyfriend is the local detective, Patrick (Ulfsäter), and soon finds out that beneath the surface, lurks a seething mess of blackmail, adultery and enmity. In other words, the usual stuff of idyllic small-towns everywhere – or, at least, their crime fiction versions.

As noted, this is the sort of thing which you sense European TV stations could churn out in their sleep; the more cynical part of me wonders if that is indeed exactly what was done here. It’s well-shot, solidly acted…and comfortably famliar as your favourite Fair Isle sweater. Set up your suspects, point evidence in one direction – whoops, that’s a red herring – maybe throw another corpse into the mix, and then reveal the real culprit, who has been lurking quietly in the background all the time. It’s a recipe which has been popular at least since Agatha Christie got going, and the approach here seems to be, unlike Larsson, why meddle with a good thing? Its origins as one of a series of TV movies may help explain this, and you can’t argue with the overall decent quality of the production. However, even compared to something like, say, Broadchurch, this is singularly lacking in much edge or passion, and you likely won’t remember much of it, a month or two down the line. Lovely scenery, though.