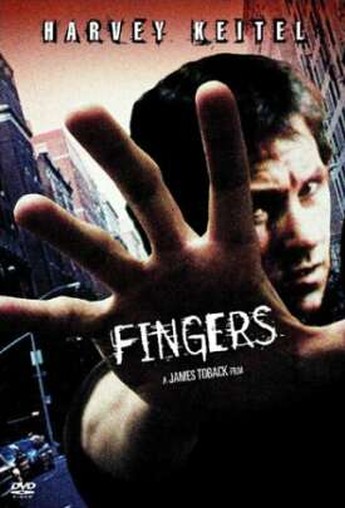 Financed, bizarrely, by the makers of Brut aftershave, there’s a whiff of Bad Lieutenant here: sociopath Jimmy Fingers (Keitel) slowly falls apart under the pressure of his double life, ending up wandering naked around his apartment. Here, he wants to be a concert pianist, but also assists his dad, who happens to be a mobster and needs help collecting on debts. It isn’t much of a spoiler to say that neither task goes particularly well, Toback clearly being as much a pessimist as Abel Ferrara. The gangster stuff is particularly well handled, and it probably helps that half the cast were also in The Godfather saga – for example, “Luca Brazzi” now owns a pizza parlour. I wonder if he sleeps with the dishes? 🙂

While the Mafia elements are effective, the classical music subplot fails to gel, with far too many, lengthy shots of Keitel playing the piano. Or rather, pretending to play; shots of his hands on the keys are all but absent. The first such sequence is enough to establish the contrast between his dreams and his real life. The young Keitel (two words rarely used in the same sentence – Harvey seemed born middle-aged!) has a bit of Christopher Walken about him, and purely as a character study, makes interesting viewing. However, too little actually happens, and Fingers is left feeling more like a sidekick in a better urban alienation movie, such as Taxi Driver.