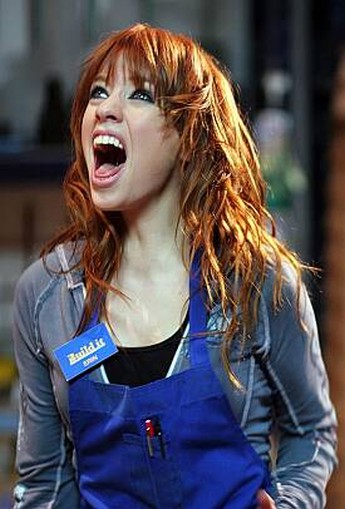 This film is a machine for generating messy deaths: nothing more, but nothing less, either. With the least-famous cast of actors and actresses ever to populate a #1 box-office movie [though Lemche was the third lead in Ginger Snaps], they don’t so much create believable, sympathetic characters as… Well, remember the scene in The Wall where a conveyor belt carries an endless line of school-children into a meat-grinder? This is the feature-length version of that shot. Plotwise: see the first two, replacing the plane and car crashes from the first two, with a roller-coaster accident. A premonition saves a handful of teenagers, who are then picked off in spectacularly gruesome ways by the Grim Reaper, while the steadily-diminishing survivors try to foil death’s plan.

To their credit, the film-makers know what we want to see: impressively splattery deaths, though for my personal tastes, most were too CGI-heavy. However, the initial roller-coaster didn’t live up to the spectacular freeway massacre from last time, and that left a palpable sense of disappointment which the rest of the film struggled somewhat to overcome: the narrow grouping of the targets didn’t help, since the characters are almost interchangeable cliches: the jock, the goth, the bimbo (okay, you get two topless teens for the price of one). The arcane sense of death carefully stringing together small, harmless events into an avalanche of potential carnage is also largely absent. On the other hand, it certainly has many moments of sick invention and black humour, will still put you off fun-fairs with admirable efficiency, and as noted in FD2, is likely to have you driving home from the cinema extremely carefully. Given the lack of genuine story – or anything else to keep your interest – that’s not such a bad return.