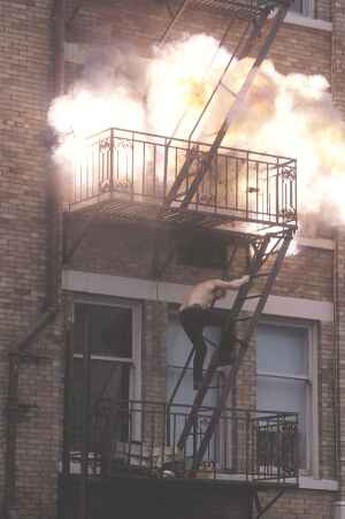 The original movie crept out of nowhere to become one of 2000’s unsung gems, not least because of the finest unexpected death in a very long time. Probably wisely, the sequel doesn’t really try to push the same button, but certainly has its moments, not least one involving a sheet of plate glass which, while probably anatomically questionable, will merit much rewind and repeat on DVD. The format is almost identical; a premonition helps save some people from accidental death, only for the Grim Reaper to hunt them down, one by one. Can the pattern be broken while there are still survivors left?

Only Ali Larter and Tony Todd return from the first film, but as before, this is not really about characters – this is about interesting and spectacular ways of killing them off. It is slightly disappointing to see Death has abandoned the languid approach which worked so well first time round (in particular with the teacher), preferring sudden finality. But who can blame the scythy one for being impatient, when it has to provide a handy get-out clause – if the victims can only figure out what to do. Such dumbness in the exposition may well have you drumming your fingers as you await the next beautifully-executed killing, but you won’t have too long to wait (though a couple may seem curiously familiar if you’ve seen Resident Evil recently). And you’ll probably also find yourself very safety-conscious as you drive home from the cinema…