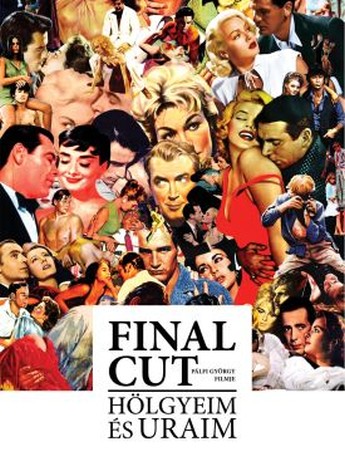 This is a film that’s startlingly simple in idea, yet insanely complex in execution. The challenge is, take maybe 400 movies, from the beginning of cinema (I think I saw “Train arriving in a station”), right up to the modern day with Avatar, and assemble clips from them to tell a coherent story. It’s straightforward enough: boy meets girl, boy loses girl, boy maybe gets girl back again or maybe not. But the roles are played by different actors in each clip: for instance, the first scene has the “hero” waking up, getting out of bed, having a shower and shaving, with the hero depicted by Jack Nicholson, Harrison Ford, Clark Gable, Gene Hackman, etc. all seamlessly edited into a single whole. It’s one of those high-concept ideas, which pulls you in out of curiosity, to see how it works – I had the expectation that it’d run out of steam after about 10 minutes or so. Only, that didn’t happen; it continues to amaze and delight, both on the shallowest level of spotting the films from which the clips are taken, and as an actual love story, going through the highs and lows of a blossoming relationship and out the other side.

Perhaps the finest sequence has the “heroine” – again, played by a dizzying array of leading ladies from cinematic history – performing a musical number, lip-synched to fit a song from 1946’s Gilda. I can only imagine how long it took to assemble this. There are even moments when clips are juxtaposed to humorous effect, most notably cutting from Sharon Stone crossing her legs in Basic Instinct, to Anthony Perkins grinning like a psycho from… Well, Psycho. Palfi does throw in a couple of clips from hardcore porn, which I can’t help thinking is a mistake. Not that we were offended, more that this is the kind of film I want to rush out and show to everyone, and those elements will certainly make me think twice before doing so. But it certainly remains one which should be seen by anyone with any interest in cinema, from just about any era. You’ll laugh, you’ll cry, you’ll be agape, and you will certainly go, “Oh, hang on, isn’t that… Wait, wait, it’s on the tip of my… Ah, dammit. Never mind.”