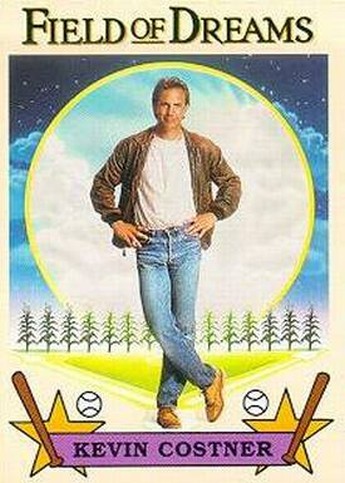 While Costner’s attempts at heroism almost always turn out a disaster, he’s by no means a bad actor, especially in “ordinary guy” roles like this. Here, he plays a farmer in Iowa, who hears voices telling him to build a baseball pitch; when he does so, he’s visited by the ghosts of old, disgraced players seeking redemption. Things develop in a hugely leisurely fashion, although the excellent support Costner gets from Jones and Lancaster make it a pleasure to watch unfold. To a Briton, it’s hard to grasp the important place of baseball in the national psyche – can you imagine a similar film being made about football? – but you do get a flavour for it from this modern fairy-tale. In the end, however, it’s more about family and redemption than America’s national pastime, and despite holding few surprises and one spoonful too much sugar, it’s a movie comfortably at ease with itself.