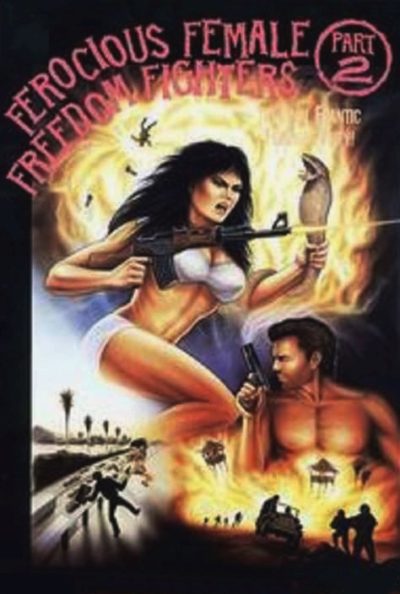 This pair of Indonesian movies, catchily retitled by Troma, star the very lovely Eva Arnaz, and TC fave Barry Prima, last seen battling killer shrubbery in Special Silencers (TC 10). Only the first even partly lives up to its title, as a gang of women forced into prostitution fight against their captors with some of the worst kung-fu I’ve seen (Moon Lee will not be losing sleep), and also one of the most gratuitous mud-wrestling bouts. The second is bizarre: part melodramatic love story between Prima and Arnaz, part occult horror, part kung-fu, and Arnaz’s grip on the action (or at least, her stunt double’s) is notably better, which just gives it the edge. Prima is his usual square-jawed and heroic self, while Arnaz looks decorative and emotes a lot. Dumb trash, not without its charm.