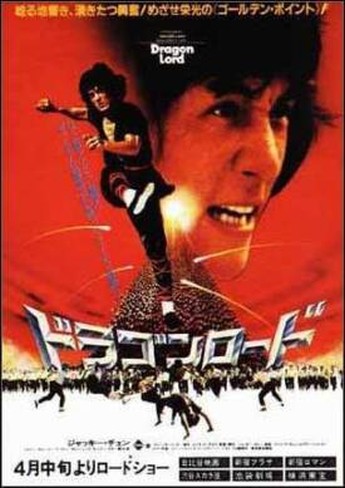 Another one of Chan’s early directorial outings gets a re-release. And hooray, it’s in widescreen, with subtitles – though be warned that these are the original cinematic ones, so you’ll need to sit very close if your set is much less than 24″! Jackie plays a dissolute son, interested only in sports and girls, until he stumbles across a plot to smuggle antiques out of China (a storyline he reused a decade later for Drunken Master 2). This one is surprisingly light on martial arts before the final battle, though it is one of Jackie’s most acrobatic and masochistic. Until then, you get a lot of not-very-funny slapstick and one amazing set-piece involving a cross between badminton and football, which a) is where the widescreen format really delivers, and b) is completely superfluous to the plot. Overall, this film isn’t one of Chan’s greatest, and I yearn for some of his real classics to get the same treatment. Until then, Dragon Lord should have just enough awe-inspiring moments between the “comic” mugging, to keep you watching.