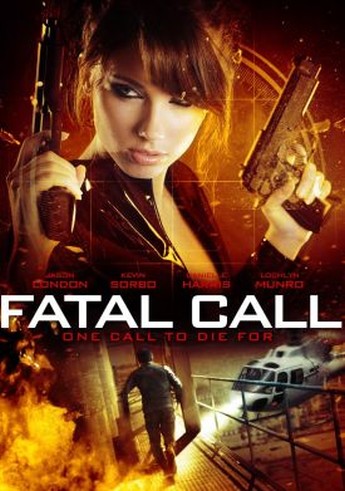 False expectations can be a damning thing. I spent the entire movie waiting for something, anything like the cover, with Harris engaging in some two-gun action. Never happened, and I was left feeling cheated as a result. Probably not the film-makers’ fault – that would be the distributors, I presume – but they are responsible for not giving me anything sufficient to distract me from the shiny lies told by the sleeve. Instead, it’s a lacklustre noirish effort, that see Mitch (London) bump into Amy (Harris) at a bar, only for their affair to be interrupted by Mitch discovering she is married to an abusive husband. She tries to convince her lover to kill her spouse; when he refuses, she gets someone else to take care of the problem, and frames him for it. To prove his innocence, he needs first to figure out who was responsible, and then prove it.

Perhaps I’m getting as jaded as a veteran private-eye, but this seems mostly to be an exercise in ticking the genre boxes, rather than making any significant effort to bring something new to them. Femme fatale? Check. Corrupt cop? Check. Neither London nor Harris stick in the mind, though the latter has, at least, apparently fixed the rogue eyebrow which proved such a distraction for her appearances in the Hatchet movies. Sorbo does somewhat better, in his role as a shady cop, but the structure is an irritating conceit, which jumps back and forth between now, with Mitch being pursued by various parties, and then, showing the events that led up to this chase. Rather than adding an air of intrigue to proceedings, it just muddies the waters needlessly. Still, it might all have been tolerable, if only the cover hadn’t lured me in the with the promise of a much better, and far more exciting, piece of cinema.