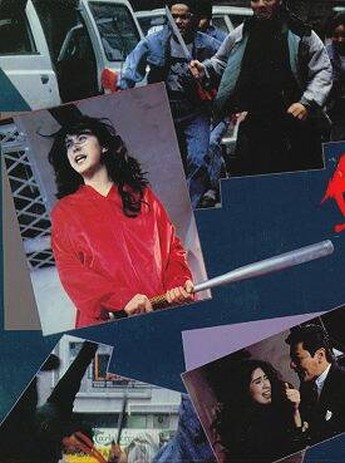 [14] When a triad boss departs the scene, leaving things to his daughter (Wong), she finds herself the victim of an exercise in subjugation by her supposed assistant that starts with her rape, which he videotapes (art imitates life – certain actresses who’ve refused Triad advances are rumoured to have suffered similarly. Try Blockbuster for the tapes) and goes downhill. Will she break the mind control and tell her boy-friend – a cop in the anti-triad squad, naturally – or take matters into her own hands? One problem with Hong Kong films is a tendency for villains to be stamped from the same mould. Not so here, the bad guy possesses perverse imagination, and the film as a whole is everything you’d expect and a bit more too. Was that extra sleaze with your heroic bloodshed, sir?