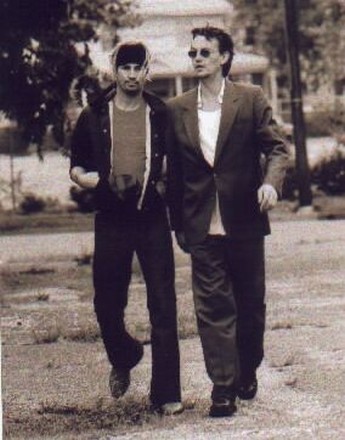 Three killers (Flanagan, Stretch and Hayes) are sent on a road-trip/murder spree by their boss. Apart from being killers, they don’t initially have much in common; so when they discover they’ve previously screwed up in various ways, is that the cold scent of retribution in the air? Just when you think all possible hitmen movies have been done, along comes this, rejuvenating the usual cliches – killer with a heart, hitwoman who had a bad childhood – with fresh execution (pun fully intended) and a host of strong performances.

Stretch is the biggest surprise, given he’s best known for being former British light-middleweight champion; here, he’s like a psychotic version of Kurt Cobain. Flanagan and Hayes are equally good: Hayes delivers the best burger-joint scene since Falling Down, while Flanagan gets to shoot a dog – but it’s okay because he agonises wonderfully about it beforehand. It’s particularly captivating, because a lot of this movie is no more than three characters talking, yet it still commands your attention. The ending is perhaps a let-down, yet this is probably the kind of film you’d be sorry to see end, regardless of how it happened. If you’re thinking it’s Tarantino-esque, you might be right, yet it leaves all his self-indulgent baggage behind, and is instead beautifully tight, with hardly a wasted moment.