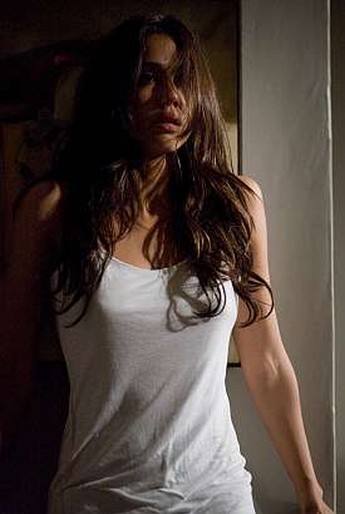 Well, that’s 98 minutes of my life I’ll never get back. The original was a mediocre ghost story, hardly worthy of a Hollywood remake – though it seems there was a time when anything with a spooky theme made east of Rangoon, was likely to get snapped up by a US studio. Unlike The Ring, this brings nothing new to the party; indeed, the presence of irritating clothes-horse Alba is a step backward. She plays…no, portrays dammit, it feels more like Alba has been cast by random chance, in the role of a blind violinist who gets a corneal transplant which allows her to see again. Only it’s not just clouds and flowers and kittens, but death, both past and future. As in the original, she goes in search of the donor, which takes her to a backwards rural community (Mexico instead of Thailand), where the truth is revealed and things explode in fiery ways.

As noted, this doesn’t improve on the original in any significant way, and has many of the same weaknesses – once the basic concept is established (and it doesn’t take long), the film is in a holding pattern until the last 20 minutes. Alba proves singularly unsuited to the task of carrying a movie, providing a bland and uninteresting character on which to hang proceedings. I’m increasingly convinced that she is tolerable only as one small part of an ensemble cast: her acting here is so one-note, as to rival Elijah ‘Concerned Expression’ Wood in Lord of the Rings, and this movie lacks any of the redeeming features (such as the ensemble cast, for example). The explosive finale almost recaptured my attention a little bit, but (perhaps having seen the original) there was no sense of suspense as to where this was going, and it lumbered on to its predictable and entirely unworthwhile conclusion. If they’d remade the far superior Eye 2, I might have been more impressed: instead, this is a pointless exercise in almost every way.