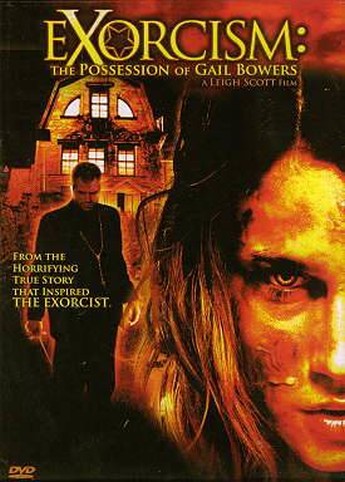 After incurring the wrath of monkey fans everywhere with King of the Lost World, The Asylum have, probably wisely, gone back to a smaller scale, taking inspiration from the same story used by The Exorcist – though like Blatty, Scott switches the victim from male to female. Otherwise, the similarities are clear: normal teenage girl starts acting weird; then weirder; and finally the speaking in tongues, levitating and superhuman strength arrives. As does a priest going through a crisis of faith, naturally. Now, I was never all that impressed by The Exorcist: my Scottish Protestant upbringing leaves me feeling demonic possession is what you get for being Catholic – they deserve it for their Papist ways! However, that probably helps Exorcism: it has less to live up to compared with, say, a film inspired by one I love, such as Videodrome.

Robey makes a fine debut as Gail, both as a normal teenager, living with her sister and brother-in-law after the death of her parents, and the foul-mouthed demon she turns into. However, the most fascinating character is Father Bates, the blind exorcist who quit after failing on a previous occasion; he comes out of retirement on discovering the demon has scrawled his name in blood on the sheets. Thomas Downer’s performance is very different from Max Von Sydow, and it’s a shame he only arrives in the final quarter; concentrating more on his background might have made this capable of standing on its own merits, rather than feeling like an unofficial remake.

Even as such though, it’s solid, with some creepy moments and a nicely “physical” feel to the effects, Scott opting to use planks and air-compressors over CGI. There are some odd sidelines, such as the fate of Gail’s friend, who rips her face off in the shower. She is never mentioned again after this, and the scene serves no real purpose – beyond increasing the breast count by two. Again, the idea of a demonically-possessed teenager using her powers on an everyday basis at school has some appeal: think of it as Carrie vs. Heathers? [© Trash City, 2006. All rights reserved. :-)] Yet, these sidelights aside, this remains respectable on its own terms, and is arguably an improvement over Harlin’s recent official Exorcist sequel.