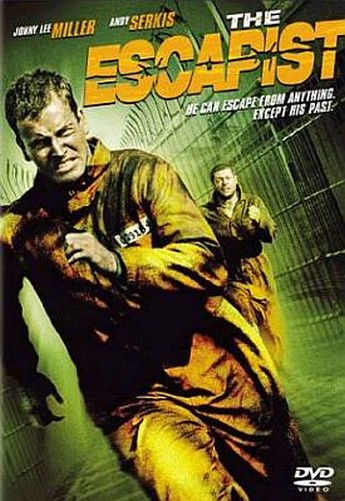 Denis (Miller) is a man on a mission: he’s trying to get into prison. But not just any prison, but the one in which Ricky Barnes (Serkis) is incarcerated following a crime spree – one that included killing Denis’s pregnant wife, which explains his revenge-based interest. Of course, you can’t just ask to get into a top-security facility, so Denis abandons his old identity and fakes his death, creating an alter ego, John Watt. “John” works his way through the prison system, courtesy of a series of jail-breaks, until he reaches Sullom Voe, the hellhole in which Barnes is being kept. However, word of the quest has preceded him, thanks to an early encounter with one of Barnes’ henchmen…

While an interesting concept, the execution leaves a little bit to be desired. Serkis is fine as the villain, projecting the required air of menace, but Miller is too bland to be the hero. He’s a little too clean-cut and perfect, for it to remain plausible that he’d come up with such a contorted plan for revenge. It also doesn’t exactly put much faith in, or provide a sympathetic portrayal of, the British penal system, which seems alternately cruel and conveniently inept. However, the subsidiary characters are nicely drawn and keep the film ticking over, while you wait for the inevitable showdown between Dennis and Ricky. This turns up, and plays out about as expected – which is a good way to describe the film as a whole. You won’t have a bad time with this, just don’t expect much more than for 90 minutes to pass.