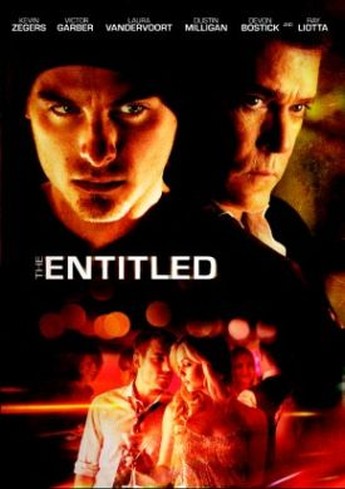 To deal with his parents’ financial woes – Mom needs expensive meds and their house is about to be foreclosed – Paul (Zegers) hatches a plan to kidnap the children of a trio of wealthy parents and hold them for ransom. To this end, he brings on board Jenna (Maslany) and Dean, a pair of unstable college students with a grudge against the rich. Initially, things go to plan, with the kids successfully abducted and held in a remote lodge belonging to one family. However, inevitably (for cinematic purposes, at least), the wheels begin to look a bit wobbly, as the ransom demand reaches only two of the three parents, and it turns out that one of them is not as well-off as he has been pretending. The captives make their move to escape, and things unravel from there.

It’s an interesting structure here, set up in threes: a trio of victims, a trio of kidnappers and a trio of fathers. That’s likely the order of interest too, as the kidnapees are blandly uninteresting, the criminals at least have their quirks, but it’s the dads who really hold the most interest. That’s no surprise, since in addition to McHattie, they’re played by Ray Liotta and Victor Garber (who was Jack Bristow in Alias). Not many young actors could stand up to that, though Zegers does his best: the result is a film which only truly comes alive on the parental side. There are the twists you’d expect from this kind of thing: though none of them are entirely convincing or plausible, it does ask an interesting question, as to whether it is moral to do immoral acts for a moral purpose. If it had been McHattie, Liotta or Garber around whom things revolved, this could have been more than a passable waste of time.