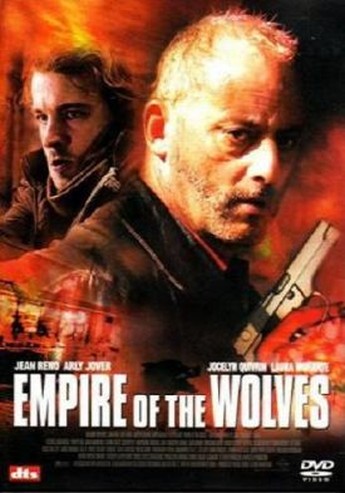 There are two stories here: initially independent, it’s giving nothing away to reveal they’re connected (what would the point be otherwise?). In one, there’s a serial killer targeting redheads in the illegal immigrant community, disfiguring their corpses. Investigating is detective Nerteaux (Quivrin), who is assisted by former cop Jean-Louis Schiffer (Reno), who left the force under dubious circumstances, but whose knowledge of the immigrant community is essential, despite his brutal methods. Meanwhile, in the other half of the plot, Anna Heymes (Jover) seeks help for an ailment that leaves her unable to recognize her husband. But as she digs deeper, she discovers there’s a lot more which has been forgotten, and some people have a strong vested interest in her not remembering. Before things are resolved, there will be beatings, betrayals, plastic surgery and a trip to Turkey.

There are two pretty good movies present in those story-lines. However, I’m far from convinced the whole is not a good deal less than the sum of the parts, as the explanation for their combination falls some way short of credible or convincing. It feels more than a bit like Luc Besson was involved – I don’t think he was – based on the sleek style, unashamedly commercial approach, and way in which Anna suddenly develops ass-kicking skills for one scene. However, just like Lucy, the further this goes on, the more it drifts off the rails. Schiffer proving remarkably invulnerable, and people start behaving in ways that are necessary to the plot more than they are logical. While Reno is as good as ever, and I liked most of the characters, I strongly suspect they’d have been better making two films out of this, rather than trying to combine them into one.