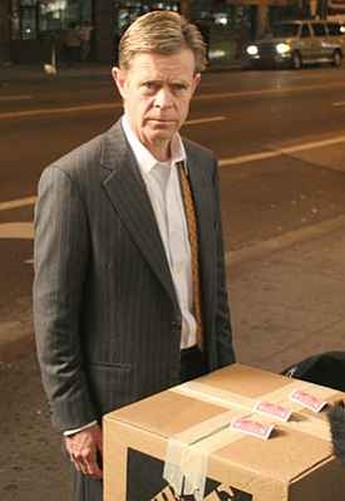 You can tell this is based on a 1982 play by David Mamet: if the dialogue doesn’t give it away, the presence of Macy, Rebecca Pidgeon and Joe Mantegna in the first ten minutes should. He and Gordon’s relationship also goes back to their days in Chicago theater, so no surprises there either. This follows mild-mannered everyman Edmond (Macy) on a night exploring the seedy underbelly of the city, starting in an encounter with a fortune-teller, and degenerating from there into sleaze, violence and murder, because this is a world for which Edmond is utterly unprepared. Yet he adapts, and it brings out every racist, sexist, homophobic aspect of his character: with typical Mamet skill, you still can’t help liking the guy, for his ferocious honesty, even in a world where it seems he’s the only one capable of being honest.

There are many celebrity cameos here: Denise Richards, Bai Ling, Jeffrey Combs, Mena Suvari and Julia Stiles all turn up, though their roles are so minor as to be little more than a distraction. The real, indeed only, star is Macy, aided by dialogue which, if occasionally contrived and artificial, never loses the rhythm and pace, and is unmistakably Mamet – he may be the only writer out there whom I can identify in this way. On the downside, the coda feels unnecessarily tacked on, like one of those 50’s JD flicks, with an epilogue where a stern, schoolmasterly type tells the audience that crime does not pay. Edmond may find happiness at the end, or he may not; that’s largely left up to the viewer to decide. However, the journey there is by far the most important thing.