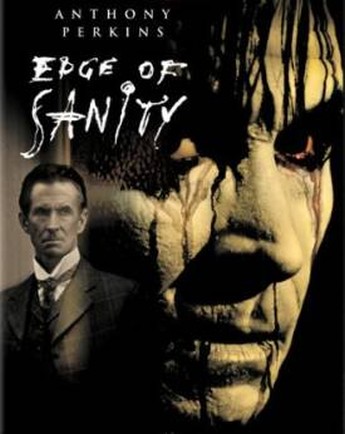 This film can be found in the dictionary next to the word “lurid”, and every aspect of this is outrageously over-the-top from the faux-retro costumes through to Frederick Talgorn’s sweeping score. See below for the plot – not that it really matters, since this is a Suspiria-like nightmare of sex, drugs and slice ‘n’ dice, played out in a world that’s part-Victorian era, part-modern day. Which may be the point, showing that the hypocrisy and double-standards of that time are still alive and kicking now. And who better to helm such a blast than the director of Journal intime d’une jeune fille en chaleur – which translates roughly as, “Intimate diary of a young girl in heat”. Certainly, the sleaze factor here is remarkably high, and it wasn’t until 2004, fifteen years after release, that an uncut version was passed by the BBFC.

It certainly counts as a guilty pleasure, and even I would be hard-pushed to claim it as a great adaptation of Robert Louis Stevenson’s work (though it is probably more coherent than Walerian Borowczyk’s Blood of Dr. Jekyll). But astride it all, holding together through sheer force of will, is the fabulous performance of Perkins as Doctor Jekyll and Mister Hyde. The former is all nervous twitches, the latter, as noted below, looks like Bauhaus front-man Peter Murphy…after a three-week bender of crack cocaine and no sleep. It’s one of the great dual performances in genre cinema, and while undeniably hammy and chewing up scenery like a wood-chipper, it’s entirely appropriate. If Barber seems flat, also suggested in the original review, she can hardly be blamed: any attempt to compete with Perkins would be doomed to fail.

What we said then [5] – This film has come in for heavy flak from certain quarters; Time Out described it as “tawdry”, Fear said it was “aimed at the loony slicing up Madonna clones crowd”. I’m going to stick my neck out and disagree with both these august publications. I think it’s a good film, not without flaws I admit, but better than the reviews would have you believe. [If you’re sensitive about such things, I’m about to reveal the plot].

Dr Jekyll (Perkins) is a successful doctor who is developing a new drug, with uses as an anaesthetic and a, er, stimulant (somewhat ironic in view of recent events!). Unfortunately, an accident brings him into contact with a ‘mutant’ variety of it which changes him temporarily into a killer. His alter ego, Jack Hyde, slaughters prostitutes, due in part to an incident from his childhood when he was caught indulging in a spot of voyeurism. His wife (Barber), finally realises he isn’t working nights at the hospital and tracks him down. She is nearly killed, escapes and returns to her home where she hides until she hears her husband returning and the sound of a shot. Hehehe! Jack’s not finished (“You didn’t think I was dead, did you?”) and merrily slits his wife’s throat before returning to his normal self, for the moment… 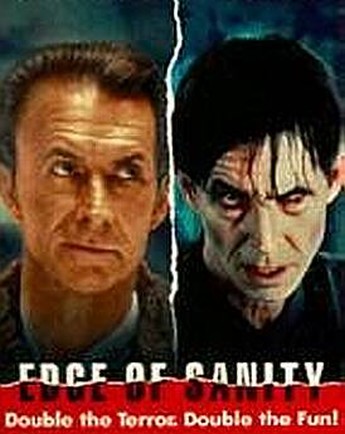 Some people have chosen to point out the anachronisms – a BOY belt buckle, a pound coin, etc. Though I’m no fashion victim, even I saw that most of the prostitutes’ costumes are not very Victorian. The story seems to take place in a twilight world where the ‘nice’ women wear demure crinolines and the ‘naughty’ ones are dressed in Madonna gear (who better to epitomise 80’s female sexuality?). I think we are dealing with an allegorical update here (yo!) – whinges about the costumes are thus about as justifiable as complaining those in West Side Story aren’t medieval Italian. The ‘Madonna clones’ comment is more reasonable since the woman he kills do have a certain similarity, though since they also resemble the girl involved in the childhood incident, it’s justifiable.

The acting is generally solid, with two major exceptions. Glynis Barber is out of place and looks uncomfortably wooden. This is more than made up for by the superb performance of Anthony Perkins when playing psycho-Goth & Peter Murphy clone Jack Hyde. He conveys all the depravity of Jack Hyde with a single twitch and loads a simple phrase like ‘Our lucky day’ with enough menace to fuel an entire series of mundane slasher pics. The director (Gerard Kikoine on his legitimate debut – he’s a converted pornmaster) shows plenty of neat touches and novel angles. Unfortunately, the BBFC in it’s infinite wisdom decided to cut some scenes, which leaves them looking jagged in places. Overall, highly impressive stuff and deserving of praise, especially for not trying to produce a ‘happy ending’. Perkins’ performance alone is worth the rental price.