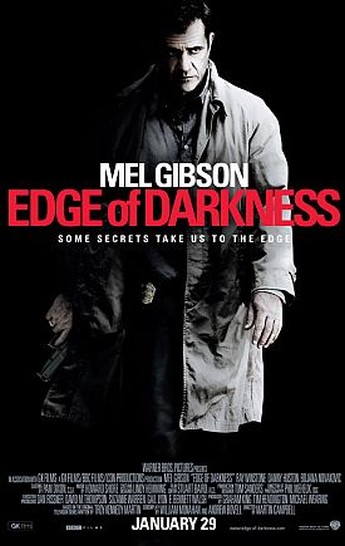 The 1985 TV mini-series on which this is based, is still regarded as one of the finest mini-series ever made by the BBC. While retaining the same director, this version relocates the action to Boston, and compresses the six 50-minute episodes into about 110 minutes: it’s been a while since I saw the original, but I remember being highly-impressed, and that certainly wasn’t the case here, even if it does keep much of the same story. Cop Thomas Craven (Gibson) has his life shattered when with his daughter Emma (Novakovic), as a shotgun blast from out of the darkness, kills her. Initially, it seems likely that he was the target, but after he discovers a Geiger counter in her possessions, and that her hair is radioactive, Thomas discovers she was involved in a murky plot. She was working as an intern for a nuclear R&D facility, and found out something with huge political implications, which brought her, and everyone who knew about it consequently, into danger. A “consultant”, Jedburgh (Winstone), is brought in to clean up the company mess, but he has his own agenda, and likes Craven, so allows him to continue investigating, as he heads closer to the truth – accompanied by visions of his dead daughter.

The necessary adjustments for the era – the original came out during the Thatcherite Cold War – are decently done, but particularly in the first hour, the film does little except stagger from one conspiratorial cliché to the next. It doesn’t help that half the cast appear to be mumbling their lines through a balaclava, resulting in too much rewinding and going “What?” The movie’s main saving grace is Winstone, who turns Jedburgh into a far more interesting character than you’d expect, on a par with Joe Don Baker’s performance in the original. It’s the first time we’ve seen Gibson starring in a movie since Signs, and there’s been a lot of water under the bridge for him since. While I generally don’t care about such things, I had to smirk at Gibson’s line as Craven, “You’d better decide if you’re hanging on the cross, or banging in the nails.” Otherwise, however, the character lacks the intensity necessary for the plot, and outside of an impressive car-meets-passenger moment, very little will stick in our mind. I will, however, be tracking down the Beeb version.