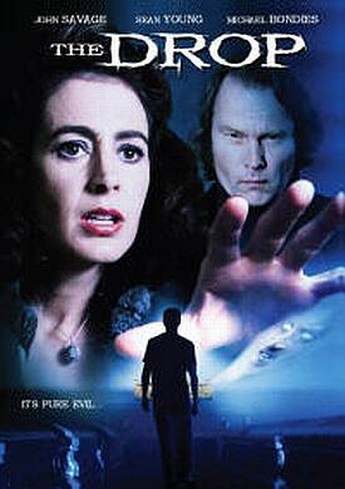 There is enough material for a great fifteen-minute short film here. Unfortunately, this is 84 minutes long, without the addition of any significant content. Carter (Bondies) gets an offer that’s too good to be true: drive a car to Los Angeles and drop it off. He gets $5,000 for six hours work. It’s a shame Carter has not seen The Transporter, or he would know that Rule #3 is “Never open the package”. The package in this case, is a suitcase in the trunk, whose (unseen by the audience) contents glow; and Carter opts not to give it to the scheduled recipients. It is, I admit, an intriguing setup, but plot and character development then grind to a complete halt. For over an hour. In a car-park. It’s every bit as dull and tedious as it sounds, and I really hate movies where the characters know what’s going on, and the audience doesn’t.

The blurb says “he must fight for his life and the planet in a cosmic power struggle against forces of pure evil” – that’s a damn sight more that the film bothers to tell us. The “forces of pure evil” are Savage + his henchmen, wandering around the car-park v-e-r-y slowly, plus Young, who vamps up a role of utterly no point. I could have forgiven – or, at least, coped with – all this, given a good hook at the end to tie everything up: why Carter goes to such lengths to protect the case, for a start. But we get nothing, nul, nada; the contents remain a total enigma. Regular readers know my hatred of Pulp Fiction: imagine that, with everything save the suitcase scenes cut out, and those stretched to feature length. You have The Drop.