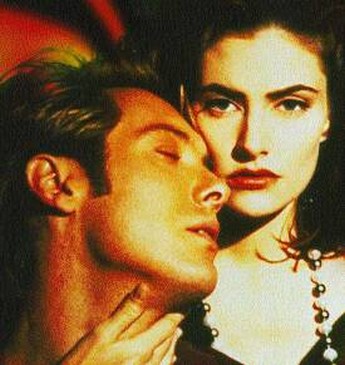 One of those films where the hero (Spader) is happily oblivious to the threat: in this case, that Amick is a loony-tune. It’s obvious from the second date, and even when she starts saying things like “I never thought it’d be possible for me to live such a normal life”, he doesn’t get it. Hey, once we see Mädchen’s twin peaks, we can sympathise, and just wait for the inevitable bang. It comes, and is perhaps too satisfying, since the remaining half an hour becomes a bit of an anti-climax. There are strange, sporadic dream sequences, which look as if someone nicked them from David Lynch, but are a good chance to engage in bachelor pursuits involving beer and junk food – ‘cos after this one, you’ll probably be off the idea of marriage for a while.