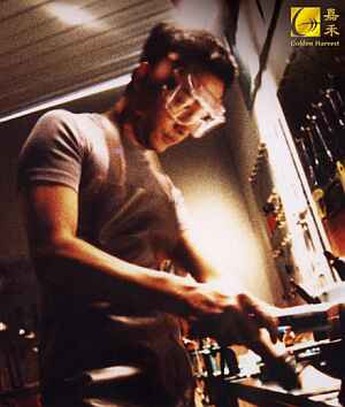 Law’s script plays out a theme often missed in bullet-laden flicks, in this examination of guns as an addiction that he edits and directs. Leslie Cheung is Rick, a former champion shooter turned weaponsmith, supercharging the guns of boorish rich businessmen into tuned-up race-car target pistols; Alex Fong (Iron Angels) is Miu, a cop training to be a serial killer profiler with a skill on the range almost the equal of Rick’s. The sporting rivalry between them goes off the rails in the first half of the movie when Rick is forced to shoot a friend of Miu’s intent on committing suicide-by-cop. Flash forward three years and Miu’s hunting a shooter with a trademark double tap method – two bullets in the head – and guess who’s the chief suspect? Pretty soon the unfinished match between the two men is writ large across the city and the bodycount starts to climb.

Shot in part on location at the Hong Kong gun club with a former range officer credited as a co-writer, this is a movie that quickly jumps from being a sports melodrama to a cop versus assassin motif, and the arc the story travels isn’t hard to predict. Still, Cheung’s performance as the mournful gunman is good, with his cold-eyed killer stare matching Fong’s hard-edged and dogged pursuit. Ruby Wong shows promise playing Rick’s Achilles’ heel girlfriend Colleen, but she has little to do and makes the best of it. Great pistol porn for gun freaks, who’ll be counting the bullet weights and nodding thoughtfully at the technical accuracy.