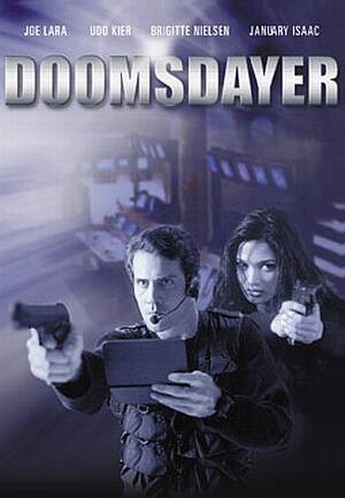 This sub-Bondian secret agent malarkey has one big plus point: Udo Kier as villain Max Gast. He is so good that you wonder why he hasn’t been given the chance in a proper 007 movie by now. He and (to our surprise) Nielsen make a fine, barking mad couple, plotting to unleash nuclear meltdown on the world in order to start civilization anew. Lara is much less effective as the agent of ‘Protocol 23’ – a UN-type group designed to stop weapons of mass destruction getting into the wrong hands (ooh, topical!) – sent to stop him, who also has to contend with a former friend who blames Gast for the death of her husband.

Largely shot in the Phillipines, there are some amusing nods to 007-lore, such as a list of ships named after Bond girls (though, oddly, one is called Kitty Galore?) and a company called ‘Blofeld & Klebb’. However, it is often embarrassingly poorly-conceived and staged: one scene supposedly takes place in London, but a blown-up petrol tanker has its steering wheel on the wrong side! In addition, the second half degenerates into little more than running around and shooting at things, of minimal interest. While there is certainly space in the market for an American version of Bond, it needs to be executed with more wit than this. At least they got the evil nemesis right, though.