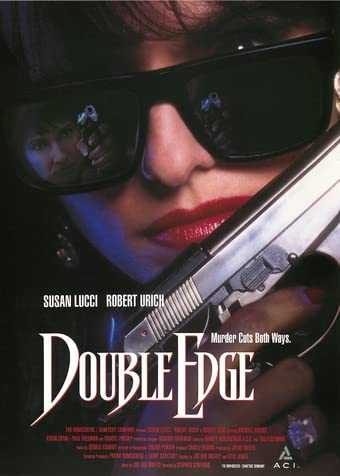 30-year soap veteran Susan Lucci is perhaps best known for losing – when she won a 1999 Daytime Emmy, it was after eighteen unsuccessful nominations. But on the basis of this film, made in the middle of that losing streak, it’s hard to see why it took so long; in a striking double performance, she plays both an assassin and the FBI agent trying to catch her. The contrast is impressive; it’s hard to credit the mousy, nervous law-enforcement official and the elegant hit-woman are the same person.

If it’s never going to push any envelopes, being originally a TV movie, the script usually manages to escape, just when you think it’s going to collapse. For example, the tedious subplot involving reconciliation with an ex-husband merely gets in the way, and there’s no attempt to explain why the heroine and villainess look, act and feel in parallel as they do. Yet it still managed to surprise, and if the ending left a bit to be desired, it was downbeat enough to be forgiven. And this film is, in the end, Lucci’s – it’s almost enough to start me watching All My Children, just for her.