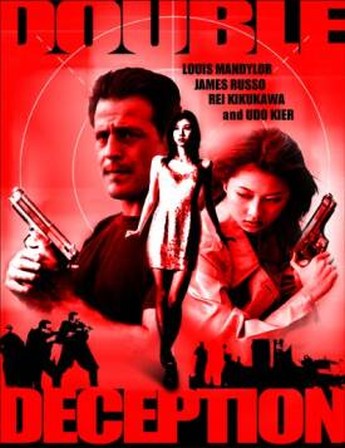 A film that teeters on the edge of being interesting, without ever making it, this stars Russo as Snake, chauffeur to the daughter of a Japanese millionaire (Kikukawa), who gets involved when she is kidnapped. Except, it’s not really her, but a body double hired to impersonate her after word of the abduction attempt gets out. Feeling responsible, Snake takes the actual daughter, aiming to exchange her for the double with the kidnappers, and also for $2m with her father. Ooh, the possibilities are positively dripping off this one, isn’t it? So why did the movie struggle to hard to keep our attention?

Exhibit A for the prosecution is Kikukawa, whose grasp of English seems so limited, she appears to be reciting her lines phonetically. She can act, and brief scenes with her father in which they both speak Japanese show this – just not in a foreign language. [Yes, we’d all have problems, except no-one’s hiring me to appear in a Yakuza film any time soon] We also see no real reason why Snake puts his life on the line for the double; rather than heroic, this comes across as false and unconvincing. The expected twists and turns arise, are competently if not earth-shatteringly handled, and the film just ends, rather than finishing. Udo Kier appears in a cowboy hat + snakeskin boots, films one scene, gets his check and departs, likely mumbling something in embarrassment about another appointment. Like the rest of the film, there’s a yawning gulf between his potential and what he delivers.