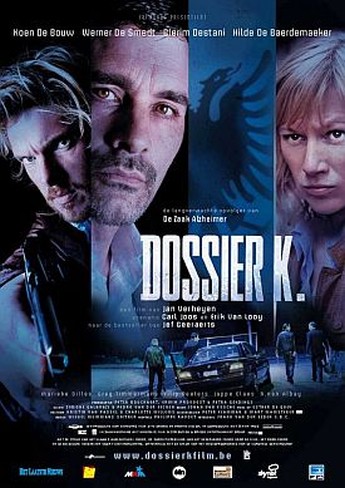 An Albanian is killed in Antwerp docks, and his son, Nazim Tahiri (Destani), makes the trip from their homeland to Belgium, with vengeance in mind, following the code of ancient clans and honour which his family has obeyed since time immemorial [What it reminded me of was, oddly, the Taurons in Caprica]. Local cop Eric Vincke (De Bouw) and his team are investigating, but find themselves in a political clash with the organized crime department, who have a long-standing case looking into the local clans and their involvement in illegal arms dealing. Vincke’s straightforward approach threatens to derail things, not least because he is being kept in the dark about a number of crucial points of fact, that put both him and his colleagues in the direct line of fire. Vincke discovers that not only are conventional concepts of morality largely useless here, he and Tahiri might have a good bit in common, each man driven by their own moral code, and a thirst for revenge on those who have inflicted pain and death on their ‘family’.

The same team of directors and actors gave us Memory of a Killer, and this is another very good Euro-thriller, this time peeling the darkness back from a underbelly of society, which in many ways is unchanged since the Middle Ages, and is almost impermeable by outsiders. Hence, the need, for a more pragmatic approach to law-enforcement: one where it’s not necessarily about enforcing all laws equally, as much as picking the battles which you fight. That’s where the film excels, painting all the participants in shades of grey: there’s no “bad guys”, as such, just people operating by different moral codes. Less successful is the attempts to build relationships between the cops, which comes over as tired and clichéd: they probably shouldn’t have bothered. However, all told, this is an extremely solid thriller, smart and interesting, with believable characters and plausible situations.