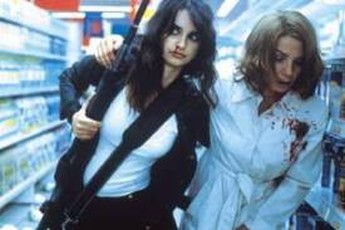 I really like the images of heaven and hell expressed here: both are run along corporate lines, though heaven resembles a Parisian jazz-club, while hell is more like a dark, Satanic mill. In neither case do the respective CEO’s appear, but both sides send agents (Abril and Cruz) to capture the soul of a thuggish boxer, Manny (Bichir), whose unimportance in life is only exceeded by his importance in death. The two women end up sharing his apartment, but when news of a impending revolution below filters through, that must be stopped in order to preserve the balance, the devil and angel find themselves needing to co-operate and save Manny from going to hell. 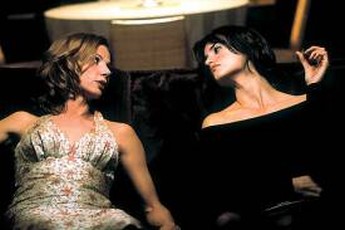 It’s a cute concept, and the acting is generally up to par, with Cruz in particular impressing, despite a surprisingly macho approach, that is, however, eventually justified. However, for supposedly crack agents after a crucial soul, they’re pretty powerless and weak, while their conflict is never built up as well as it needs to be. I suspect a lot of Spanish pop-culture references here [such as the various ring tones on people’s celphones], and these are lost to the rest of us. Nor is there any satisfactory explanation of why Manny’s soul matters so much, beyond some muttering about Cleopatra’s nose, and it’s sad that such a crucial plot point is all but ignored. The ideas here might make a better TV series than a single movie.