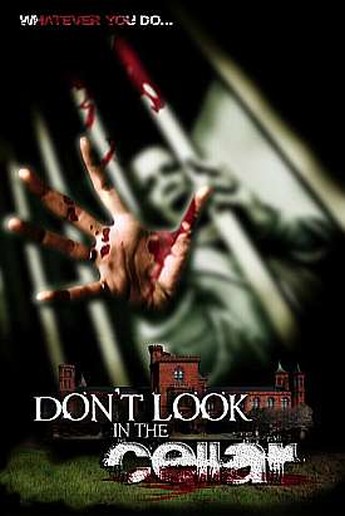 It is, of course, completely impossible to take this title, or any similar, seriously after Edgar Wright’s brilliant faux-trailer in Grindhouse for “Don’t”. Fortunate, therefore, that Devine doesn’t appear to be taking things too seriously himself, with the same awareness of limitation that helped his previous movies work well. However, the lack of budget here is often too obvious: if you’re going to write a script involving an insane asylum, you’d better have access to something capable of passing for said asylum, rather than trying to fake it in someone’s house. It’s Halloween night, and a group of students opt to break into the local abandoned loony-bin, partly to get extra credit for a school project, partly because… Well, it’s Halloween, and the kind of crazy jape kids today like to play. Naturally, it all goes horribly wrong, since the asylum is not as abandoned as was thought, still being home to inmates Wendell (Malone) and Smiley (Rowan), whose murderous actions were responsible for it being closed down decades previously.

“This place is getting like Grand Central Station,” mutters Wendell at one point, and you can see his point, as another of the dozen or so people wandering round his “deserted” asylum come into his padded-cell. They all get much the same cryptic warning: there’s a way out through the basement, but they probably don’t want to go there. Malone delivers the best efforts, with a nicely off-center performance, and there’s a good comedic turn from a pair of community college bitches we nicknamed Romy and Michelle. Still, these aren’t enough to sustain interest, or distract from the fact that the “abandoned asylum” only posseses two corridors, four rooms, yet has a fully-equipped kitchen, and someone has clearly been paying the electricity bill. This would be forgiveable if the killings were executed with imagination or even copious splatter: instead, people get stabbed out of shot, cough up some blood and fall down. And despite the potential of a photogenic young female cast, nudity is notable by its absence [it certainly wasn’t lacking in Devine’s previous works]. Disappointingly tame as low-budget horror goes.