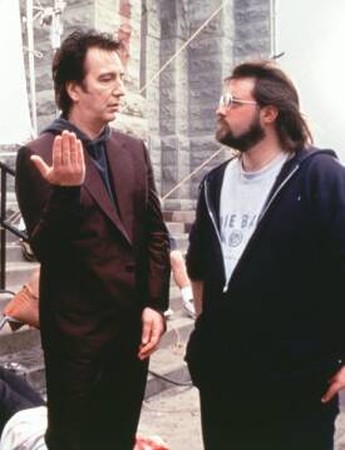 After the disappointingly whiny Chasing Amy, Smith is largely back on form with this religious satire in which we discover not just that God is a woman, but Jesus was black. No wonder the Catholic Church weren’t impressed. Yet, while organised religion comes in for a lot of stick, it’s surprisingly kind to faith and belief in general. Fiorentino plays a doubting Catholic – so doubting, she works in an abortion clinic – enlisted by the Voice of God (the superbly ironic Rickman) to stop two fallen angels from proving God wrong and thereby destroying the world.

On the way, she meets Rufus the 13th apostle, excremental demons, muse-turned-stripper Salma Hayek and the power behind the whole evil plan (Affleck). Oh, plus the two prophets, Jay and Silent Bob, who get more to do here than previously, which is a bit of a mixed blessing… As you can imagine from this brief synopsis, Smith overstuffs the film something rotten, and it’s at least a half-hour too long; however, there’s enough good stuff to tide you over the weaker sections (especially the middle third). And Alanis Morissette will never look the same again.