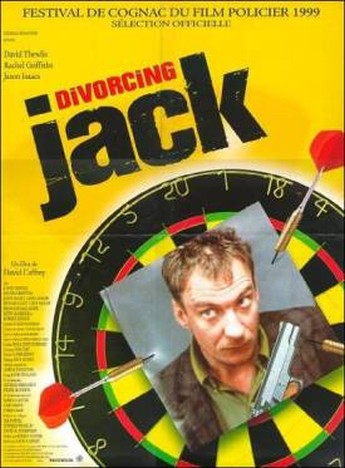 Thewlis stars as a drunken Belfast journalist whose brief affair turns sour when a) his girlfriend is murdered and he gets the blame, plus b) a selection-pack of terrorists and others start hunting him. Not a good day… The tone of the film is lighter than it sounds, although there are the odd pointed references to thuggery and politics, which seem inextricably linked in the Province. While the script certainly has its moments, few of the characters beyond Thewlis are particularly memorable, though Lindsay does deliver a delightfully oily turn. Some of the ideas work better than others too; the significance of the title will eventually become apparent, yet may also have you crying “Foul!”. The net result is something which just about hangs onto your interest, in a low-key way – but if I could have found something better to do, I’d probably have gone and done it.