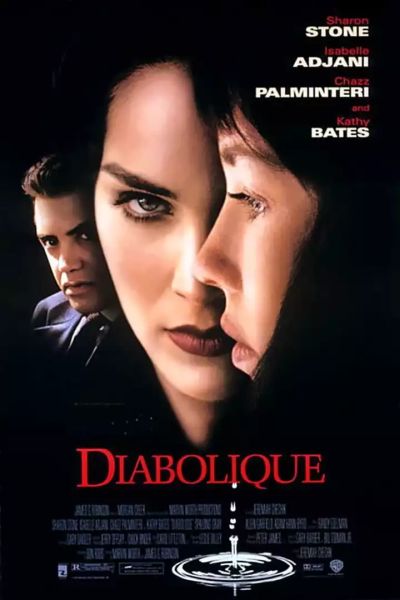 One of the problems with remakes is the baggage that comes with them. Inevitably, comparisons say “not as good as the original”, for most remakes are of good films, rather than those with scope for improvement (The Fly and The Thing show how it should be done, Psycho does not). But I can review this one free from such bias, not having seen the original. However, even on its own, the Hollywood version still ain’t much cop. Stone and Adjani team up to murder the latter’s husband (Palminteri), though his only major crime seems to be wanting to sleep with both Stone and Adjani – guilty as charged, kill most of the male population now. Then his corpse vanishes, and though things perk up a little, half the film has gone and I was idly flicking over to watch the football. The only person to come out with significant credit is Bates as a nosey detective, and it’s hard to say whether the finale is dreadful and obvious from a long way off, or merely irritatingly PC. Certainly, nothing here to show why they bothered, or encourage me to hunt down the French version.