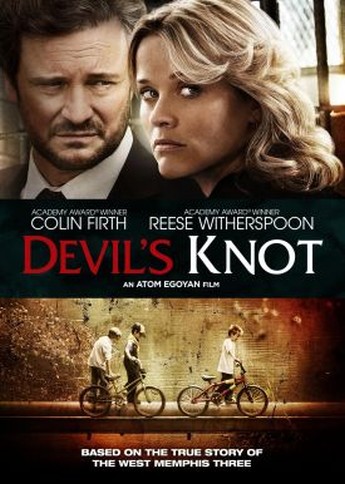 While worthy enough, I can’t help wondering if the world really needs a dramatized account of the story behind the West Memphis 3. As usual, it’s the case that real life does not follow a convenient three-act structure, and while this is certainly a tale worth telling, it ends at an apparently awkward point, with the conviction and sentencing of the three teenager, accused of killing a trio of younger boys in rural Arkansas. Of course, as is well-known (or. certainly should be), the evidence against them was skimpy at best, mostly a coerced confession from the simplest-minded of the three, along with local prejudice against those who are “different” – and that certainly describes self-confessed “Wiccan” suspect, Damian Echols. The 18 years subsequently spent in jail, the steady growth of a campaign for their release, and eventual freedom are barely covered in a few hurried post-captions.

That said, as long as you remind yourself that just about everything depicted did actually happen – because it would seem frankly implausible as a movie script – this is still jaw-dropping, and a salutary tale to remind you that justice doesn’t necessarily get done. Or, at least, its wheels grind slow. Witherspoon is fairly convincing as the mother of one of the victims, though I was persistently finding myself thinking of her either in Sweet Home Alabama or Legally Blonde: I’m not certain which is most appropriate here. Firth plays Ron Lax, an investigator who offers his services pro bono to the defense, but it’s never clear why his character was selected as central: another issue with dramadocs, is that real life doesn’t have conveniently central characters. I was surprised to see this directed by Egoyan, as in many ways this feels more like a slightly-edgy Lifetime TVM. You’d be better off sticking with the true documentaries on the topic, in particular the Paradise Lost trilogy, as this adds little or nothing to the facts.