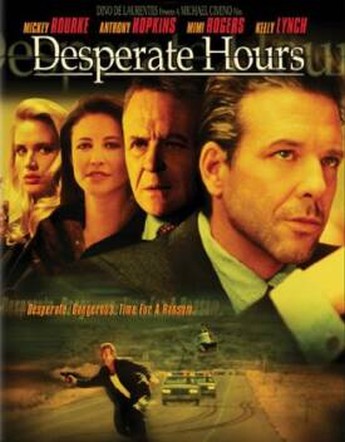 [9] Neither Cimino nor Rourke are exactly flavour of the month with the critics so this one has been drowned in a sea of vitriol. A pity, because it’s a very slick, taut and plausible (at least as these things go) thriller. Rourke plays a psycho, sprung from jail by his girlfriend, who takes over the house of a lawyer (Hopkins) as somewhere to lie low. The police net closes inexorably towards them and the stresses start to show. It may be formula stuff, but it’s beautifully shot (perhaps too much so, it occasionally looks like a Utah Tourist Board promo film), relentlessly cool, Hopkins is as good as ever and Rourke shows that when he isn’t trying to play the sexual animal, he can act – more of this might help his career, though I know at least one female reader who’d disagree!