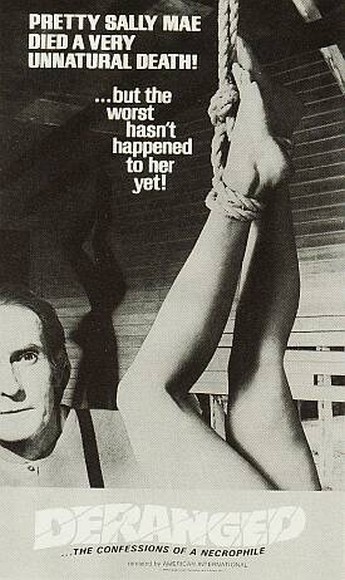 Of the films inspired by Ed Gein (not the least of which is, of course, Texas Chainsaw Massacre), this has perhaps stood the test of time best. Blossom’s performance as the central character is spot-on, managing the near-impossible task of making a sympathetic character out of a necrophiliac. There are surprisingly few laughable moments, save for the embarrassing and idiotic narrator who springs up all-too frequently in the first half – it says something that this dreadful mis-step doesn’t sink things irreperably. Instead, the movie gets grimier and grubbier as it goes on, finishing up closer to Henry: Portrait of a Serial Killer than TCM. Not quite as relentless perhaps, yet still ahead of its time, and something of a pleasant surprise.