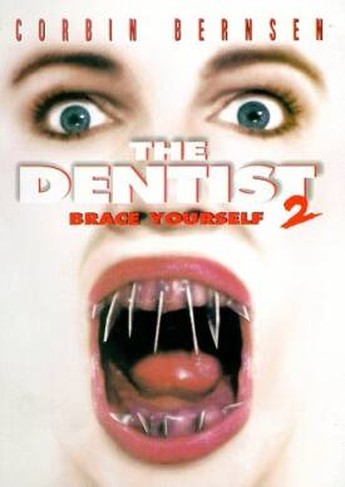 What is it with Yuzna and mutilated babes? Bride of Re-Animator, Return of the Living Dead 3, his segment of Necronomicon, and now this one all have a similar theme: er, pierced totty. His enthusiasm is slightly worrying: the most memorable sequence here depicts a woman having her mouth mangled by the titular psycho, in such lengthy detail even I grew edgy.

Shame the same energy wasn’t put into the plot and characters, which is an orthodontic remake of The Stepfather 2: lunatic tries to overcome his psychoses in a normal life, and it’s giving nothing away to say he doesn’t succeed. The effects are all too frequently unconvincing, and despite the odd warped touch in the background (some of the quotes are from sources not usually seen in low-rent splatter movies), this is lacklustre stuff. Did have an interesting discussion on DIY tools while it was on though: apparently, there’s this thing called a power chisel which…but that’s another story.