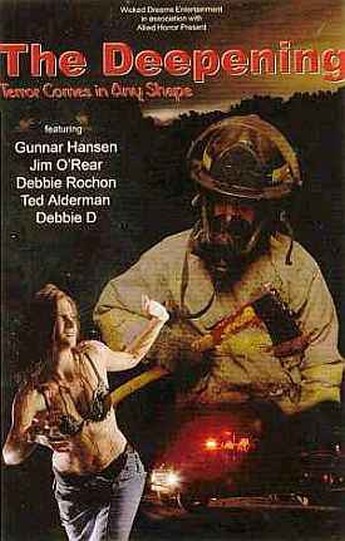 Troubled New York fireman Ted (Alderman) suffers from post-traumatic stress after working on 9-11. In search of a fresh start, he relocates to a small fire department in a quiet rural town. The bad dreams he endures, however, do not subside. Instead, they turn into reality, because the population of the town begins to decrease. It’s up to his friend Jim (O’Rear) to find out who is the killer: is it the sleazy colleague with a grudge against Ted? Creepy Dr. Chambers (Hansen)? Or is Ted’s trauma coming back to haunt his new location? This is intended as a throwback to the 70’s proto-slashers, which mixed sex and violence with more enthusiasm than subtlety – and on that level, it’s straightforward, with some gory kills and no shortage of nudity.

However, there’s a reason why cinematic horror has moved on since those days, and this left me yearning for something with more innovation, or even real thought of any kind. It might also have been wise if O’Rear and Alderman had delegated some of the tasks to others, rather than writing, directing and starring in their film, as some of the weaknesses apparent in all three areas might have been caught by a different pair of eyes. We did like Jim’s dialogue, which is snappily sarcastic. But why are firemen apparently obsessed with listening to the Christmas Eve speech from Apollo 8, which crops up more than once on the soundtrack? [We noticed because it’s sampled in VNV Nation’s Genesis!] That kind of thing proves an unwelcome distraction, and in a film of such simplicity, you really don’t need that.