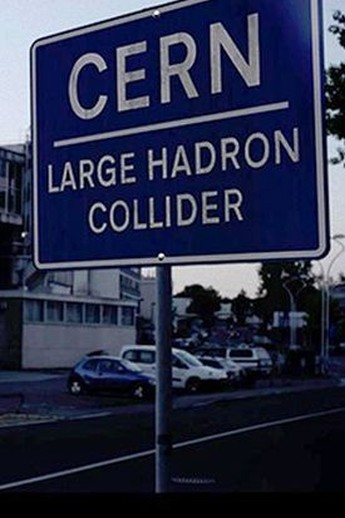 This is another amateur zombie film – but the hook here is that was shot on location inside the Large Hadron Collider at CERN, made by PhD students there. The inspiration was the network of maintenance tunnels which run around the massive complex, a convenient and spooky setting. Plug in the trigger for the zombie creation – the much sought-after “Higgs boson”, a sub-atomic fragment nicknamed the “God particle” because it could unlock whole new areas in physics – add a lot of running around the corridors, with the students being chased by the zombiefied maintenance crew who were exposed, and there you go. 76 minute feature, made for two thousand quid over two years (which explains the occasionally very dodgy continuity of costumes, etc.), and available to watch for free on Youtube. Despite the fact no-one involved had any significant film experience, the resilts look pretty good – though it probably helps significantly that the makers were given a location which cost around nine billion dollars to build. That’s a fair bit of production value…

However, I’d be lying if I said this was Oscar material, and the inexperience is particularly obvious on the acting side, which maybe reaches serviceable at its peak. That’s especially a problem in the beginning, because we’re nearly half-way through this before the first zombie shuffles into view; until that point, the main discussion point was, “Why is everything at CERN apparently purple?” No, seriously: I dunno if they tinted the video, or if the place really looks like that, but it seemed that everything had a mauve tint to it. Oh, those Swiss. Or French. Anyway, things perk up a good bit when the film gets down to the really important stuff [people being chased by flesh-eating ghouls], and things progress at a good pace, with all the usual marks being checked, e.g. nibbled party member, having to shoot a friend, final surprise in the outside world, etc. It’s nothing new, and the execution is cheap as you’d expect. But even my sister-in-law – who isn’t a big fan of low-budget horror, to say the least! – sat through it with surprisingly-few complaints